When it comes to assessing employee performance, Stephen Covey said it best: “Begin with the end in mind.”

“You always want to know exactly where you’re trying to go as a company first,” says Jesse Rehm, CEO of Triangle Pest Control, based in Raleigh, N.C. “Once you figure that out, develop a method for tracking, and then hold people accountable.”

Ultimately, the goal should be to create a system for employees to assess their own performance, so they know where they stand and can work with their managers to improve it if necessary.

Nate Woolf says he likes to keep things “boring.” “’Boring’ means people know what they’re supposed to do and why they’re supposed to be doing it, and people can see for themselves how they fit in here,” says the president of Blue Sky Pest Control in Phoenix, Ariz. “If you want to work hard and be respected, Blue Sky is a good place. If you want to just fly under the radar, you’re going to be exposed here.”

Let’s look at how Triangle Pest Control and Blue Sky Pest Control have been successful implementing systems that allow employees to assess themselves – and build scalable businesses as a result.

Woolf agrees that it all starts with your company’s vision. “I would sit down and say, ‘Where do I want to go and where am I at?’” he says. For example, your vision may be achieving a certain revenue size or level of profitability by a given date.

Without a clear understanding of where you’d like to go, Rehm and Woolf ask, how do you know which goals to set to help you get there?

After establishing a vision, find the one or two metrics that, if you focus on them, will make the biggest impact for your business.

Blue Sky uses a system called Objective and Key Results, a framework for defining and tracking objectives and their results. It was popularized by John Doerr in the book “Measure What Matters: How Google, Bono, and the Gates Foundation Rock the World with OKRs.”

“At Blue Sky we have OKRs and those OKRs are super clear,” Woolf says. “If you were a farmer from Kansas and you parachuted into Blue Sky, you could understand our OKRs. Everybody has the same language of ‘this is what we’re trying to accomplish’ and everybody’s individual results are going to filter up to the OKRs.”

He emphasizes that all employees must understand why the company is focused on these items and how they affect them personally and the company as a whole. It’s also important that employees see the metrics as fair and transparent.

“When you put in any type of performance metrics, if people don’t understand why or they’re not intrinsically fair, then there will be a lot of dissonance and unnecessary friction inside the organization,” he says. “If a business goes straight to metrics thinking that’s going to be the ticket, they’ll find there will be some pushback from employees.”

Rehm explains: “For example, if we’re going to roll out a revenue goal, we know that’s achieved by sales, which are achieved by leads. For us, what’s important on the frontline is for our technicians to follow our lead-generating process. We know if a technician is going to generate, say, 50 leads and their closing ratio is X percent and their average sales are X dollar amount, that rolls up into revenue. Everyone is paid on commission, so if they do a good job their sales go up and they get a high commission check. We try to make that connection.”

At Triangle, leads and other technician KPIs are updated daily and displayed on a TV monitor at each branch. They’re also reviewed once a week in a team meeting with the branch manager.

“We’re very transparent,” Rehm says. “If you focus on something, it gets better – or it weeds out the people trying to hide.”

Going a step further, Triangle’s technicians also receive an automated lead report by 9 a.m. daily, including a list of outstanding leads to follow up on.

“Nobody here gets to the year-end review and says, ‘I no idea I was horrible at scorpion services or my cancellations are high,’” Woolf says. “In reality, a pest control business is about technicians managing their own routes. If he or she doesn’t know how things are going on their route, it’s hard to have a conversation with them about improving things.”

All of Blue Sky’s individual metrics are in service of the company’s overall scorecard, which tracks employee retention and customer retention, recurring revenue as a percent of total revenue, revenue per full-time employee, gross margin and net margin.

“It takes some work upfront, but once you put it in place, it’s going to give you a better opportunity to be aware of what’s happening in your business,” Woolf says.

The final step – accountability – is perhaps the most challenging and important one, Woolf and Rehm say.

He adds that creating an accountability system also means you may have to improve your recruiting and hiring practices to ensure you have a steady flow of candidates.

“We have in the past had to put ourselves into a labor shortage because we have held people accountable,” he says. “Think through what it means for your staffing, and if you do let someone go, how are you going to manage the workflow?”

Woolf recommends developing a “culture of accountability” prior to going down the road to metrics-driven employee assessments.

“(A culture of accountability is) the values, standards and mission that tells everyone how we are going to operate and why,” he explains.

At Blue Sky, new hires have a discussion during the onboarding process about who is responsible for their performance. “It’s not their supervisor – it’s them,” Woolf says. “We set that expectation right up front.”

The company is also focused on hiring well, which Woolf acknowledges isn’t easy.

“We spend a lot of time upfront choosing people who are going to be interested in serving others,” he says. “The right type of person wants to do well. If you try to build a performance culture around people who don’t care and aren’t service-oriented, there’s going to be a lot of hand-wringing.”

Finally, when team members do perform well, it’s important to let them know, Woolf says. “We tell them ‘great job’ – we don’t just give feedback when they’ve done wrong.”

Triangle recognizes its employees who have met or exceeded their goals a few ways. One way is at a quarterly meeting in front of the whole company. Sometimes, an employee with exceptional performance will be noted in the company newsletter.

“Make sure you have a system in place to recognize people who are doing well,” Rehm says. 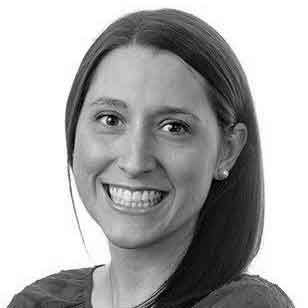 Do you have an accounting or bookkeeping question you would like answered?

If you have a question you would like answered on one of our upcoming lightning rounds or you’d like to sign up for our monthly newsletters, please fill out the form below!

Leave your question in the additional comments section!