“There’s going to be more bugs tomorrow than there are today” is a favorite saying of Tim Mulrooney. This idea has piqued the interest of Mulrooney, an analyst for Chicago-based investment banking firm William Blair, as has the steady performance of public pest management firms during the Great Recession. On top of those things, he noticed the pest firms weren’t well covered among Wall Street analysts.

He did something about that in January 2018, when he initiated coverage of ServiceMaster and Rollins. Since then he’s extensively researched and reported on the pest market, which he says some people see as a “sleepy industry.” Not him. 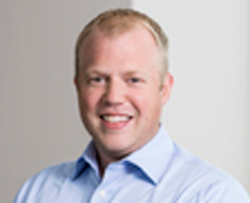 “The idea that pest activity is increasing is very underappreciated in the investment community and the larger pest community,” he says. “Also, these companies have an attractive financial profile from a defensive standpoint and they are participating in what I view as one of the few true growth markets in the commercial services industry.” We talked with Mulrooney to get his perspective on why investors are interested in the pest industry, what’s driving the market and why it matters to the average pest management company.

Why does Wall Street have a positive view of the pest management industry? No. 1, the high level of recurring revenues pest control services companies typically generate is attractive. The second thing is the noncyclical nature of the pest control industry. It’s like Gary Rollins, the CEO of Rollins likes to say, ‘Rats and roaches don’t read the Wall Street Journal.’ It doesn’t really matter whether the economy is good or bad, you still typically need pest control. It doesn’t matter if you’re in a recession. Particularly in this day and age with Yelp and social media, there’s really no restaurant, hotel, retail environment or commercial building can afford to have pests in their area of operation. The commercial business is highly resilient to economic activity and the residential market is moderately resilient. Combine those together, and what you have is a noncyclical business and high recurring revenue, which is exactly what investors look for.

We term this a defensive growth stock, and it’s highly attractive because in good times, the stock does well, and in bad times, it tends to outperform the S&P 500. Those types of companies are rare. If you look at the average industrial company during the last downturn, revenues were down 20% or more. If you look at the pest control services industry as a whole it was down only slightly, and Rollins actually grew organically 1% in 2009.

Another thing investors like is the return profile. Rollins, for example, has return on investment capital (ROIC) greater than 30%, and they probably have a weighted average cost of capital (WACC) somewhere south of 6%. We have a term in the financial community called economic profit. That’s where you take ROIC and you subtract WACC. Economic theory tells you that should be zero. If you’re making economic profit, then competition should come in and compete that away. Rollins every year is generating material and sustained economic profit in excess of 20 points, which theoretically should not be sustainable long term, but they have returns in excess of 30% and they have cost of capital that’s probably below 6%. Generating that level of economic profit is highly attractive.  The last thing is the market’s secular growth. If you look at all the services industries I cover, whether it’s uniform rental or facility services or commercial parking, all of these industries are highly mature, have low barriers to entry and are highly competitive. They’re GDP-type growers. Pest control is one of the only industries I cover that’s GDP-plus. What is that plus? I think it’s coming from three important secular drivers that investors have focused on.

Walk us through those drivers.
No. 1 is regulation – whether it’s statewide regulation or a local municipal code. We’re seeing an increase in the regulation around pests, whether it’s ticks in Connecticut or mosquitoes in the southeast or bedbugs in cities like New York and Chicago or the state of California. More regulation drives increased pest control activity.

The second driver is demographic. We have an aging population and growing millennial class, and those two things are driving pest control activity. Millennials are making up a larger proportion of homeowners, and millennials are very much ‘do-it-for-me.’ They’re happy to outsource someone mowing their lawn, cleaning their house and killing their bugs. The other thing is the aging population. You have the trend of elderly people staying in their homes longer. Even though they’re do-it-yourselfers, they simply can’t bend over to lay the mousetrap anymore, so they’re requiring more pest control services.

The third most important driver is the idea that there’s going to be more bugs tomorrow than there are today. If you look at some of the research out there, you’ll see that over the last 40 years, mosquito populations are up 10 times what they were 30 years ago. Fly populations are expected to double over the next 30 years. Cockroach populations are up. The geographic area covered by termites has expanded.

The list goes on and on, and the question is ‘Why?’ A big reason is temperature. Even a 1-degree Fahrenheit difference in temperature has a material impact on pest activity. As the environment is getting warmer, it’s driving increases in pest populations. Combine that with increases in population density and increases in travel and trade and what you have is an increase in pest activity, which is a major driver behind the market overall.

Why is investor attention a good thing for the owner of an average pest management firm?  It’s good because increased interested on the public side raises valuations across the board. For example, ServiceMaster was trading at 14 times EBITDA this time last year. Now, it’s trading at 19 times EBITDA. Rollins trades at 30 times EBITDA. These strong valuations then translate when a small- to medium-size company wants to sell their business. Over the last couple of years, we’ve seen those multiples really increase because these pest control companies are scarce assets. It’s not easy to build a pest control company. There may be low barriers to entry, but there are high barriers to profitability. If you have a profitable, sustainable, growing pest control company you have a rare asset, and the Rollins and ServiceMasters and Rentokils and Anticimexes of the world are happy to pay for those rare assets.

Because the public valuations are going up and public investors are excited about the pest control industry, it seeps into the private markets and hits private valuations. We’ve seen that with Rentokil acquiring Steritech for 17 times EBITDA. For Rollins, we estimate they acquired Clark for around 16 times EBITDA. What happens then is small or midsize companies that are not even close to being as big as Steritech or Clark, they’ll see their valuations rise, as well. And activity begets more activity. You start to see other pest control operators asking themselves the question, ‘Am I doing a disservice to myself and my family by not having a conversation with Rollins and ServiceMaster?’

Are there other ancillary benefits to the investor attention, maybe an influx or talent or technology? I think that is valid. A lot of the pest control operators are entrepreneurs, so a lot of the talent acquisition has happened at the big companies. You don’t have to look any further than ServiceMaster to see that taking place. Nik Varty has put together a team where he brought his Chief Transformation Officer Pratip Dastidar over from Salesforce. He brought Dion Persson, his head of business development, over from Ingersoll-Rand. He’s attracting a lot of talent onto his team in what was previously viewed as a pretty sleepy industry, and that is definitely no longer the case.

I also think it’s bringing other entrepreneurs into the space. I’ve talked to Brian Monaghan who built a company called Pest Pulse out of Ireland. He’s selling smart devices to customers that monitor and sense pest activity in the home. I said, ‘Why did you get in the space?’ He said, ‘Well there’s a lot of interest in the pest control industry but not much technology, so we saw an opportunity to empower small companies to become more savvy.’

What challenges do you see for the industry? One challenge is the valuations are very high. I talked about how one of the reasons investors like these companies is because the returns are so attractive. Well, there’s no better way to destroy your returns than overpaying for too many companies. That is a return-destroying proposition, so valuations can’t stay elevated forever and I don’t think they will.
Another ongoing challenge in the space is weather. We’ve seen it so far this year. We had really cold, wet winter in Southern California and a cold spring across the U.S. and that has caused hiccups in the public markets, which have caused the valuations to contract a little bit. If the bad weather would continue, eventually, that would leak into the private market as well.
Longer term, there’s the concern around disruptable technology. It’s hard to imagine what that might be. Some people have suggested that Rollins and ServiceMaster could get disrupted by smart devices, but I don’t think that’s true. If anything, the large companies will be ones participating in that technology rather than being disrupted by it. In other words, they’ll just buy the (disruptor) companies.
You could envision a material that is impermeable by termites that you can use to build houses, although most of the termite business is in existing homes, not new homes, so that would be a really long tail to disruption. I can’t really imagine what it would be, but that’s the thing that keeps me up at night: ‘How do these companies ultimately get disrupted?’ It might be more of a democratization trend where smaller and medium-size companies become more competitive with the big guys, enabled by technology.

What’s your outlook on M&A in the industry? Rollins, Terminix, Anticimex and Rentokil together typically acquire more than 100 companies every year, and that’s a trend we expect to continue. I see no reason why M&A activity will slow down over the medium term. The question is, ‘What will happen with valuations?’ The reason I wouldn’t see it slow down is because these companies generate a ton of cash they really don’t have many capital expenditures. They can either reduce their debt, repurchase shares or raise their dividends. A big piece of what they use their cash for is M&A, and I don’t know why that would change. That’s been a very productive use of cash, historically. It looks like lofty valuations are going to continue either until we hit a recession or until we see a wholesale rerating of the public equities, which I’m not seeing right now. 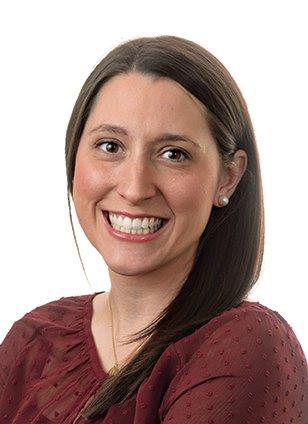